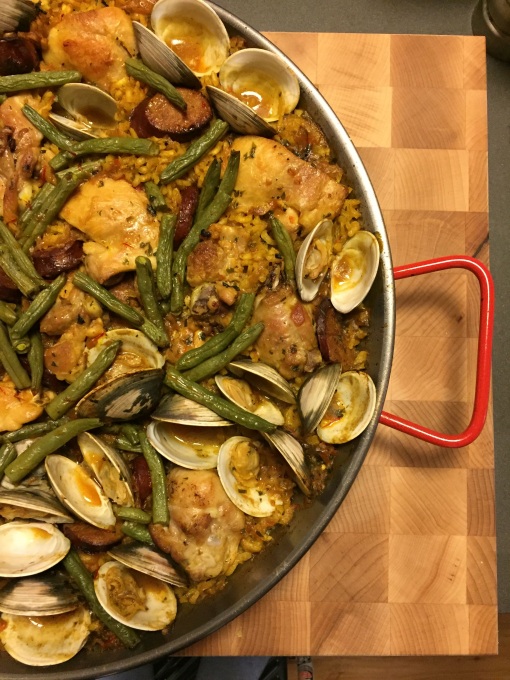 I was reading an article last week about New Year’s themes and mantras rather than New Year’s resolutions. Instead of resolving to go to the gym 3 times a week, or to clean your apartment more frequently, you set a theme or a mantra for the year that you want to stick to. I have always been a perfectionist, your typical first born type A personality, that has struggled with stress and balance. As I started the new year, in bed, with strep throat and a fever, followed by two colds in just the first two weeks of the year, I decided on my mantra for this year. It will be “slow down…have more fun”

I feel like I have spent the last few years of my life living in the fast lane and in many ways putting my life on hold. A lot of that comes from the medical profession, we are forced to see too many patients in too little time, forced to memorize ungodly amounts of material to regurgitate it during hour long boards exams. Another part comes from living on the East Coast, now becoming easily flustered by the people that I think are walking too slowly on the sidewalk, or taking too long to check out at the grocery store. Most of it, though, is just my personality.

I have tried to work on too many projects, worked too many hours, and spent too much time thinking about what to do next. As I was thinking about this, this book review popped up on my Feedly that really struck me.

“One of the most poignant things about Dr. Kalanithi’s story is that he had postponed learning how to live while pursuing his career in neurosurgery. By the time he was ready to enjoy a life outside the operating room, what he needed to learn was how to die.”

I haven’t yet read the book but it is written by a neurosurgery resident at Stanford that recently died of metastatic lung cancer. It reminded me to stop and pause. The message is really sad, but for a lot of us in the medical profession, it is true. We do often postpone learning how to live. I had a hard time turning 29 last year. Not because I was getting older but because it was the last year of my 20’s. I had the realization that I had spent my whole 20’s studying and working in the hospital and I was never going to get them back. Yes, I traveled and had fun, I fell in love, and recently I got married. But I also worried way too much, worked way too many hours, and eventually found myself hating my job and hating medicine. Realizing this was hard, especially after so many years of training. I was burnt out, frustrated, sad.

So this year I resolve to slow down, enjoy time with my new husband and encourage him to slow down as well. I’m tackling the burnout. I will remind myself how unbelievably lucky I am to be where I am. I will relearn to love my job. I will trim my to do list that is inevitably too long from my own doing. I will try to do less things, but do them well. I will learn to meditate to slow down my mind. I will start writing and blogging again. And of course, cook and eat new recipes, slowly and patiently. Just for fun.

My first step at this is using one of the many amazing gifts we got for our wedding, a paella pan. I planned to make this for a couple of friends who were having dinner with us who had to unexpectedly cancel. I decided to make it anyways. It took me almost two hours, but it made me slow down, and in the end the result was worth it.

There are many debates on what traditional and authentic paella is. Apparently the most authentic Paella Valenciana traditionally only has chicken, rabbit, and snails. Mixed paella, one which combines chicken with seafood is considered touristy and not authentic. Throwing in chorizo is even further blasphemy. However, I still like the touristy version and that’s what I wanted to make. Our stove  burners were also too small for the pan so I had to resort to the oven. You can use the base and vary the proteins in this recipe. Adapted from here and here.

In a separate pot, add the chicken stock and saffron, place on low heat and cover. I used regular sodium stock and then didn’t really add much salt otherwise.

In a 15-inch paella pan, heat olive oil over medium-high heat. (If your burners are not big enough for the paella pan you can always do this step on another pan, or just try to distribute the heat as equally as possible.) Season the chicken thighs with salt and pepper and brown on all sides. Transfer to a plate. Then add the chorizo slices until they start to brown, and transfer to a plate with paper towel to soak up some of the oil. Remove some of the oil on the pan carefully using a spoon if excessive.

Add the onion to the hot paella pan and sauté until translucent. This will make the traditional sofrito that will form the base of the paella. Add the grated tomatoes and garlic and sauté for another 5 minutes or so. Add the 2 tsp of smoked paprika at this point and stir to combine. Mix in the two cups of rice. Stir until the rice is covered by the tomato mixture. Add two cups of the stock and bring to a boil.

Bury the chicken, green beans, and chorizo into the rice mixture. Place clams into the pan with opening side up. Carefully place the whole pan into the oven and bake until all the liquid evaporates. It took about 45 minutes.

Prep & Cook Time: About one and a half hours